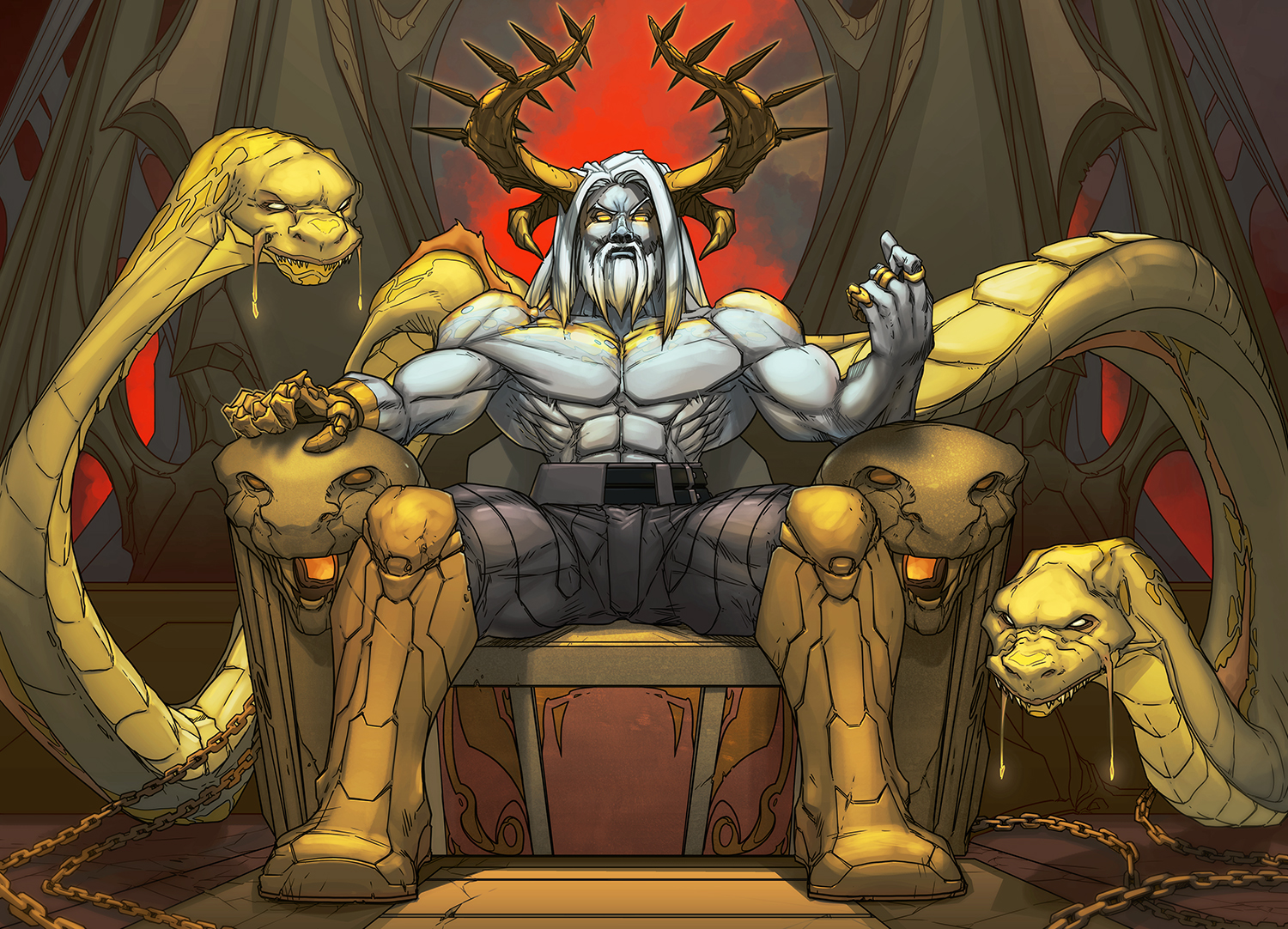 Raid Boss is set in the world of Incarnate, where Tyr rules as its brutal Creator. An unknown force, outside of Tyr’s control, has opened a gate from the Void itself, corrupting this universe and peaking the interest of Tyr’s brothers and sisters.

You are a Hero, a warrior of great skill and influence. Some Heroes are warriors from the past who have mysteriously returned from the Void, corrupted by its power. Others have been forged by in the time after The Reset.

They have established themselves as points of power that are outside of Tyr’s control.

As their influence grows, Tyr’s control is diminished and so he wants to remove the Incarnates.

Heroes have banded together to survive.